As a youth program instructor at the Pine Project, I run programs with children every day, on a weekly basis, in all kinds of weather, all year around. My job is to facilitate a program that weaves music, drama, storytelling, games, exploring, naturalist studies and survival skills with nature – allowing the kids to connect to the natural world, themselves and others in an engaging and fun way. 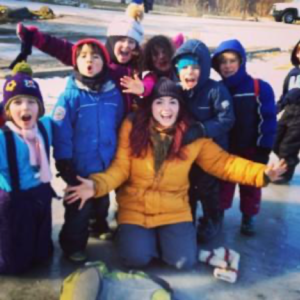 Truth is, it’s not always fun.

Sometimes the children meet an ‘edge’. In our work, an edge is described as something that is just outside of our comfort zone, but almost always manageable. ‘Meeting an edge’ usually provides a (sometimes uncomfortable) opportunity for growth and learning because in order to ‘meet’ it, a certain amount of thought, courage and adaptation is required.

Whether it’s being out in the rain and getting wet, getting muddy, touching a spider for the first time or an encounter with red ants, there are many opportunities to meet an edge in nature. Nature can be scary sometimes, and learning how to navigate these scary experiences makes the difference between a child who loves nature and a child who fears it. One specific story comes to mind.

One day in late spring, my co-staff and I were in the park half an hour early (as usual) to plan our afternoon Coyote Pups program. The four of us put our minds together and came up with an amazing plan to spend the day pretending to be animals, playing games and following tracks. Because of the nature of our programs, we kept in mind that during the afternoon the plan could change at any moment.

About an hour into our program, we stopped for an ESSENTIAL snack break. Containers came flying out of backpacks revealing homemade trail mix bars, crackers and veggies, which were quickly in the hands of the 4-6 year old coyote impersonators. Halfway through our break we found out that our picnic had some uninvited guests: red ants. 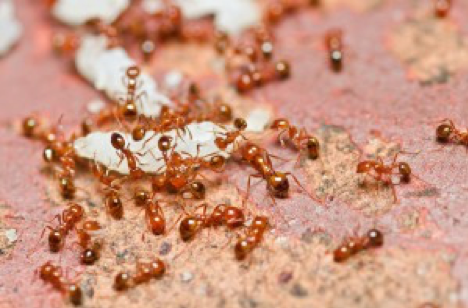 Chaos ensued. The ants were at the mercy of the children and vice versa. Snacks were flying everywhere, backpacks were being flung to safety, limbs were flailing a mile a minute in order to avoid the wrath of the ants fiery bite.

It was no use: everyone was bitten. A handful of children began looking for plantain leaf (to soothe the bites), a few were in tears – and one was in hysterics.

I approached the child who was in hysterics; he was standing up, hopping around to avoid ants crawling up his legs, breathing heavily and had the most distraught look on his face.

“Did you get bit?” I asked calmly.

“No! I just want to leave the forest right nooooooooow!” he exclaimed.

I pondered for a second why the only child who hadn’t been bit was the one who was in hysterics. Red ant bites hurt, and yeah, if I had been bit by one as a small child I would be pretty upset. But why was this child upset? He was never even touched by a red ant.

It dawned on me that this child had come face to face with his own edge. He had spent the last three seasons with us hearing stories about red ants from other children and had built up a story in his mind that red ants are like the boogeyman that hides under your bed at night waiting to eat your toes.

In this moment I had two choices:

At the Pine Project, we love number two because it’s the choice that usually turns a negative interaction with nature into a positive one – the choice that turns an edge into an opportunity for growth and learning. 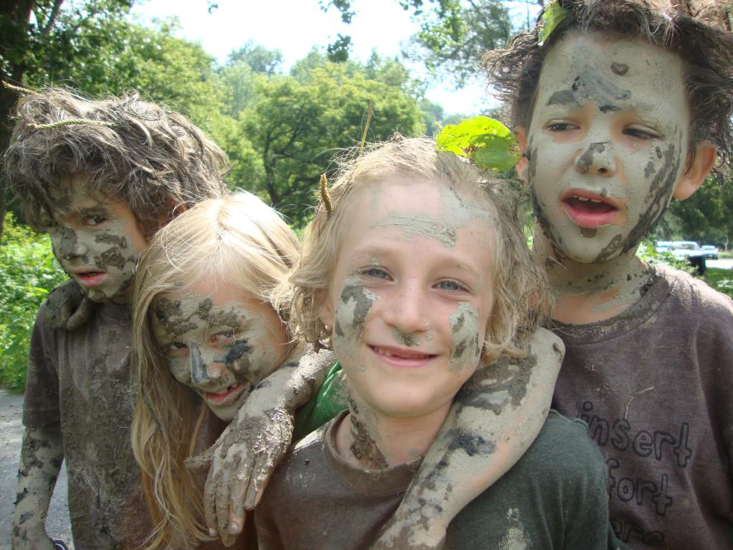 So of course I decided to change the story.

This child was so scared that he was “seeing” red ants everywhere that weren’t even there, so I invited him to sit on my lap. I had him take long, deep breaths and eventually he relaxed into a state where I could actually talk to him.

“What is it about the ants that you’re afraid of?” I inquired.

“Why do you think the ants bit us?”

He thought for a second, “Because… they were scared?”

“Probably!” I said, “They were just enjoying their day and we came barging through and stomped all over their nest.”

I could see that he was thinking really hard about what I was saying and so I continued, “Sometimes when I’m scared of something, I try to think about what it’s teaching me… what do you think the red ants are teaching us?”

He thought for a minute and answered, “I think they are teaching us to walk carefully and quietly through the forest… and be really aware.”

I was amazed by how this child was able to come up with an observation so profound for his age and saw the opportunity to take the conversation even deeper.

“You know, a mentor of mine told me that the children in our programs spend all their time outside and none of them have ever gotten a poison ivy rash.”

“Well, poison ivy protects the forest and teaches us how to be more aware of our surroundings. And when someone or something teaches us an important lesson it’s nice to thank them. Thanking the poison ivy helps us become friends with it, which helps us get to know it and respect it enough to recognize it and avoid it. So at Pine we have a song that we sing to thank the poison ivy.”

The child thought for a second and said, “Hey Nikki… we should write a song to thank the red ants!”

“Great idea!” I said. I grabbed my pen and notebook and started writing down every lyric he came up with, helping to create a melody that fit. He called the rest of the group over and taught them the song – then the whole group walked carefully over to the red ants nest, offered the ants a snack and sang the song together.

Thank you red ants for teaching us.”

Every decision I make as a mentor is so important and it is my job to make decisions that will:

1) teach the children to love and respect nature,

3) help the children overcome their edges in a safe and empowering way.

I accomplished these three things by making the choice to change the story. If I had made the choice to leave the forest, one of the lessons that would have been reinforced would be to run away when problems arise, which is not a lesson I want to empower.

When the parents came to pick up their children at the end of the program, the child in question proudly retold his story of overcoming fear and the lessons he learned from the red ants. This once hysterical child had become a confident expert in red ant culture & ecology and throughout the rest of the season, he was the go-to person when any ant-related issues arose.

During our post-program debrief, my coworkers and I high-fived each other and I exclaimed “wasn’t it AWESOME that we sat in a red ant nest?!”

Sometimes learning is not always fun.