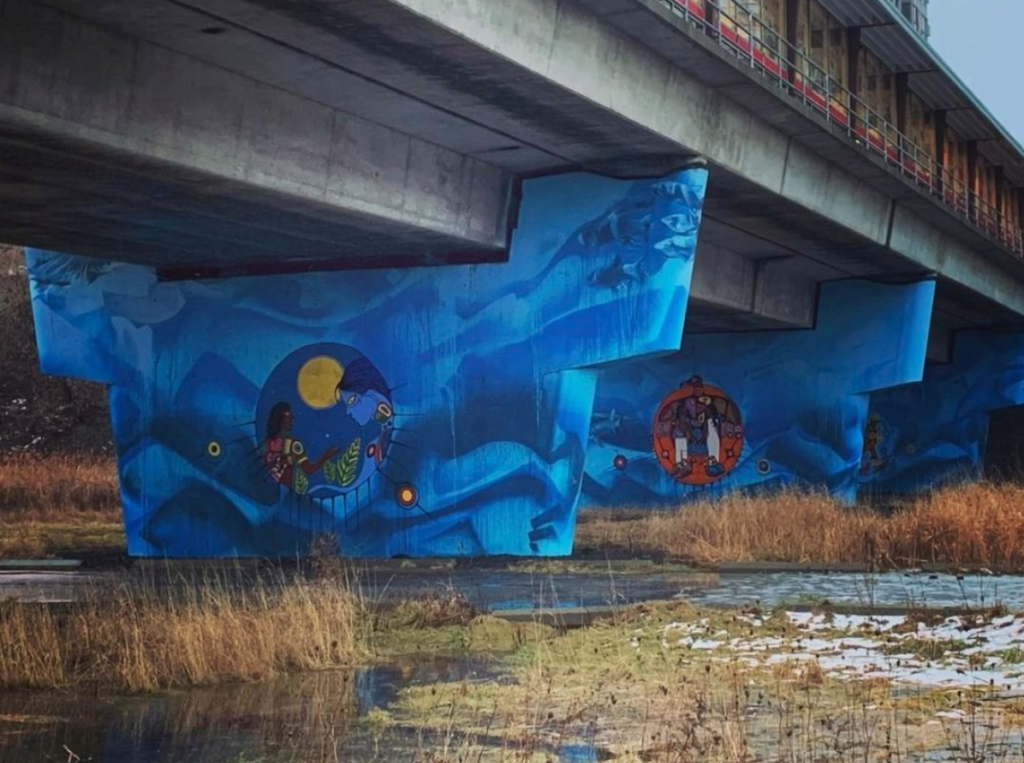 Photo credit to @philipcote_indigenous_artist on Instagram. (This beautiful mural that Philip Cote painted lives at the Humber River.)

In the process of writing our organizational land acknowledgement, we became more familiar with the histories of the two rivers where we run most of our programs. This has included learning their names before they were called the Don and Humber Rivers — Wonscotonach (Burning Bright Point) and Niwa’ah Onega’gaih’ih (Little Thundering Waters) in Anishinaabemowin.

During a staff training this past winter, field staff discussed ways we can bring Indigenous history and present, as well as First Nations-Settler relationships forward in our programming. One thing that came up in this conversation was the intention with which Governor Simcoe renamed the rivers and other important places in order to erase reference to Indigenous peoples and their connections with the land, replacing them with references to Britain. “Oh my gosh,” we realized. “We don’t have to call them by their English names!”

Governor Simcoe knew that words define, thus what we call places has a powerful effect on how we relate to them. Within Pine we are making a more conscious effort to use the Anishinaabemowin names, or their English translations, when speaking about these rivers on programs. This simple act can open dialogue; presence whole histories that the British place names were meant to bury; provoke our curiosity to know more about the history of these rivers, the people who have the longest-standing relationships with them, as well as how and why that was sought to be denied. And you can do this too!

Practice your pronunciation of Wonscotonach by listening to this song!