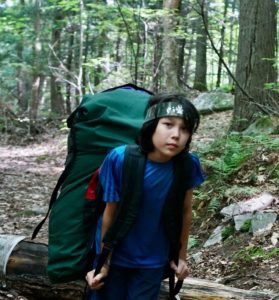 We’re excited for you to meet Zac. Zac has been part of the Pine community for over a decade, since he was just 4 years old! He first went to Red Wolf Overnight Camp as an 8 year old and was hooked. Zac shared some insights and memories from his time at Red Wolf.

What do you like most about Red Wolf and spending time in the woods?

For me, Red Wolf is the best way to spend time in nature. At Red Wolf, I not only get to surround myself with wilderness, but with a community that I can learn from. I love being supported to understand what the world is like outside of my sheltered life with a heated home and ample food. Spending time outdoors also allows me to connect with the people who lived on the land before me. 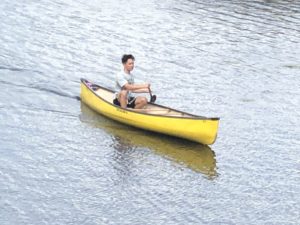 What’s one memory that sticks out from your time at Red Wolf?

My favourite memory from Red Wolf was on one of the Overnight Excursions, where campers venture away from base camp for the night. Everything is challenge by choice – you’re invited to take on a challenge that’s of interest to you. Some people decide to do a “solo” night, where they spend the night ‘alone’ (within close hearing distance to Instructors). I personally chose to spend the night with my group, but to go without food for 24 hours. My group walked to a lake, where we decided to stay for the night. We got to work right away, collecting firewood and building a shelter to keep us warm. Then we all gathered around to watch the fire together. As the night went on, more people fell asleep, until finally it was just me. I spent a few hours alone with the fire. It was so calming, I felt I was living completely in the moment. 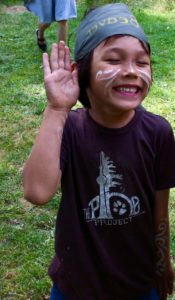 What have you gained and learned from your time at Red Wolf?

What would you tell your younger self about Red Wolf?

I would tell my younger self that Red Wolf will be some of the best weeks of my life. The sense of community is so welcoming and the leaders will teach me so much. I’d say that Pine will go on to have a massive impact on my life and who I am as a person.